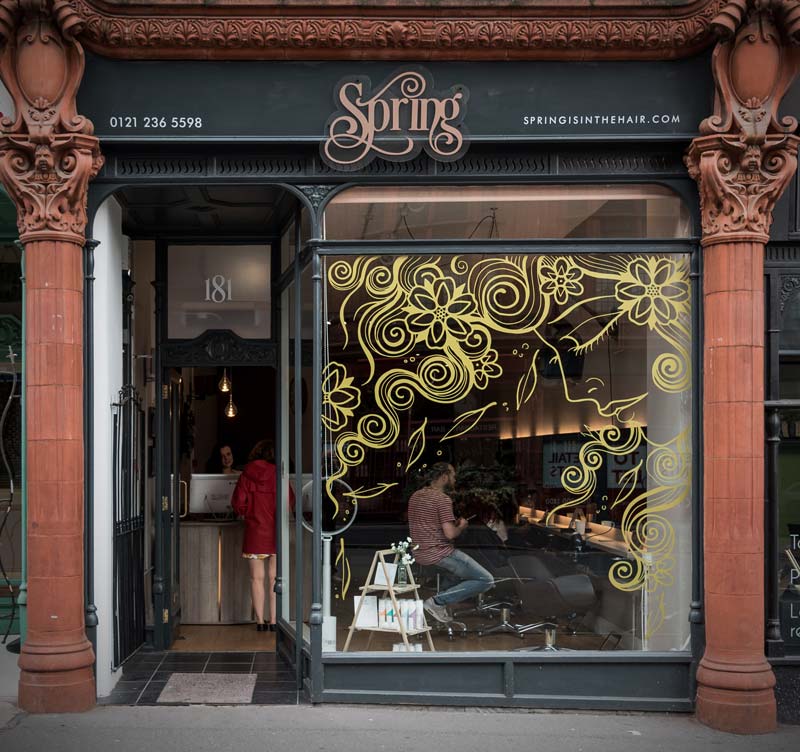 It’s difficult to get the right feel when choosing window art. We didn’t want the usual frosting, but something different and curly-based without actually shouting curls.

We wanted an ethereal ‘guardian’ overseeing what Spring can do for curls – “the kind of thing that someone would have as a tattoo”, we said. So who better to make our idea a reality than a tattoo artist from the amazing Modern Body Art, who just happen to be our lovely neighbours.

We think she’s beautiful, what do you think? 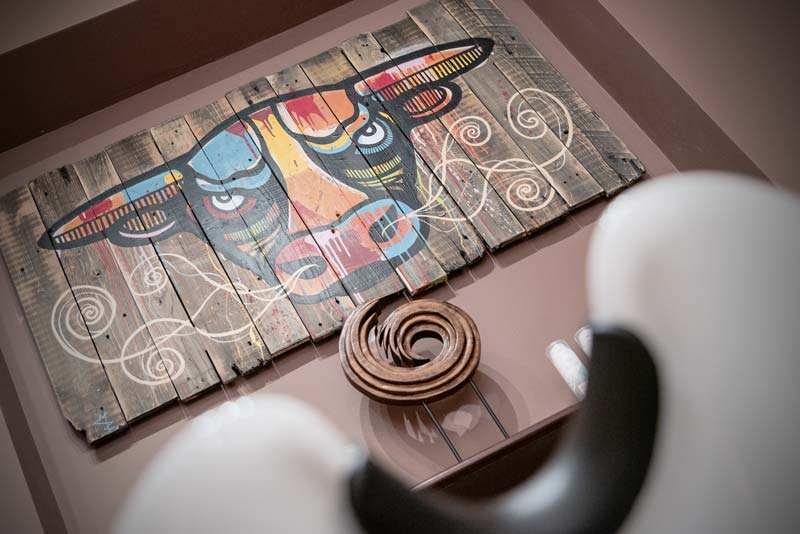 We wanted the interior of the salon to incorporate some original artwork, so we looked around for local art that inspired us.

Birmingham independent artist Carl Booths, whose work was on display in a local coffee shop, really captured our imagination. He was promptly commissioned to produce artwork for the salon.

Carl says, “The brief (in brief) was to create two pieces of artwork that celebrated ‘Birmingham’ and ‘Spring’. The smaller of the two pieces reflects Birmingham’s ever-changing skyline, the clouds representing curls and, of course, Spring.

The second piece is the larger of the two. The bull as long been associated with Birmingham – so much so that I almost rejected using it – but the more I sketched the more it felt right. The splashes of colour represent Birmingham’s diversity, in every sense of the word, and the steam from the nostrils of the bull are rendered as curls and swirls – representing Spring. It’s been great fun and a real privilege to create these unique, one-off pieces.”

Thanks to Carl, we have two fantastic artworks with a real wow factor – but can you see the connection between them?